DSN S 546 Preservation and Cultural Heritage Portugal: International Perspectives and Design Issues is an interdisciplinary design studio that integrates upper-level undergraduate and graduate students from the disciplines of Architecture, Interior Design, Landscape Architecture, and Community & Regional Planning in the College of Design at Iowa State University. Each year, this interdisciplinary design studio collaborates with the Office of Cultural Heritage at the United States (US) Department of State on culturally significant American buildings abroad. This year our project consisted of three primary parts, 1) to research, document, and disseminate information about Casa Carlucci, the Official Residence of the Ambassador of the United States to Portugal, 2) to develop rehabilitation plans for the eighteenth-century Manor House and Chapel on the American Embassy grounds, and to 3) develop an addition to the Manor House. 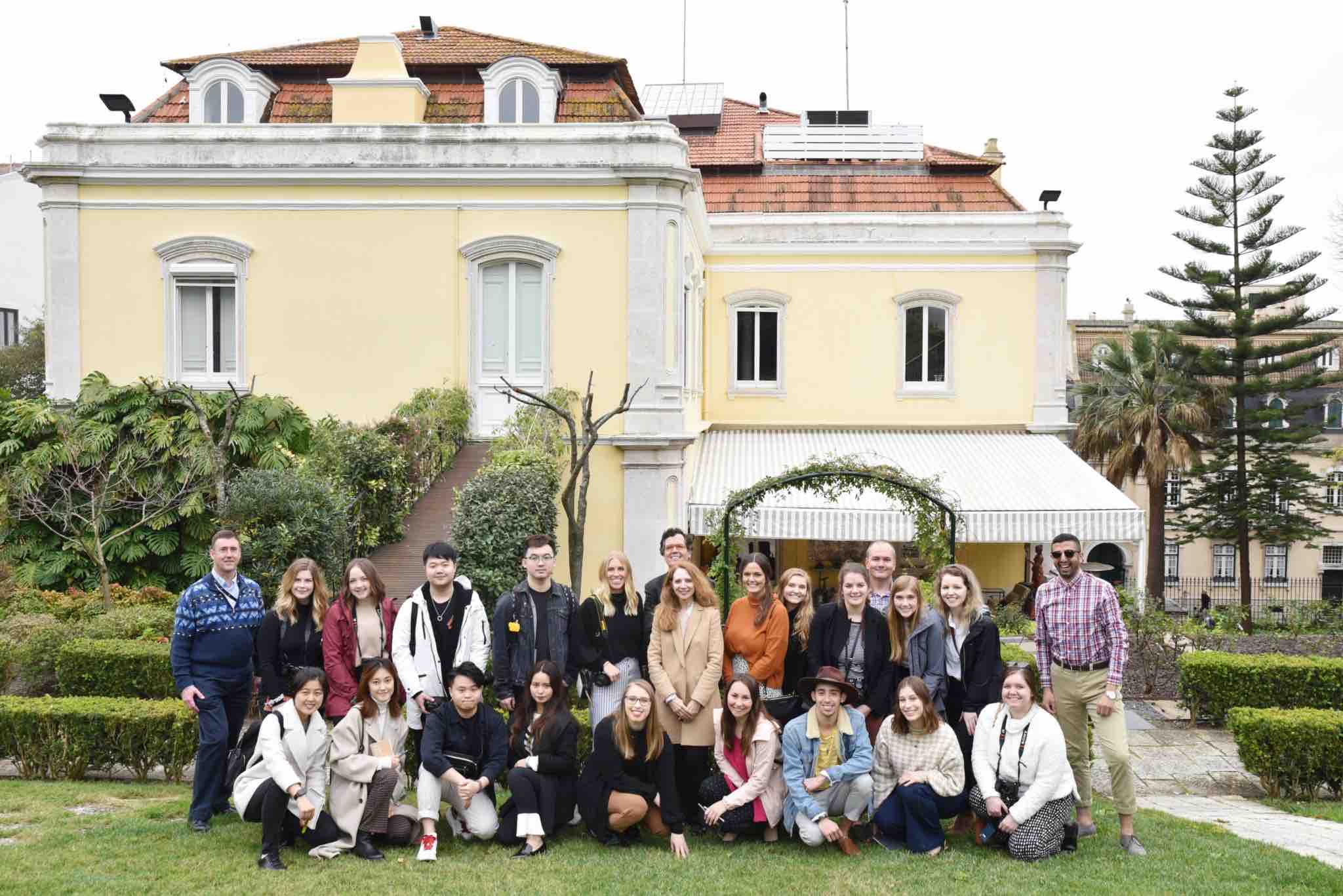 Prior to COVID-19, during the early part of February 2020, the studio had the amazing opportunity to take part in a study-abroad to Lisbon, Portugal. In Lisbon, American Ambassador George Glass welcomed our class on the American Embassy grounds and provided a history of his diplomatic work in Portugal. At project sites, we conducted interviews, photographed and videotaped properties, and measured and developed two-and three-dimensional representations of exterior courtyards/terraces and interior public spaces.

Casa Carlucci, the official Residence of the U.S. Ambassador to Portugal, is a stately mansion built in 1878 in Lapa, a prestigious district in downtown Lisbon. The building’s architecture followed the neoclassical style that prevailed throughout Europe in the last quarter of the nineteenth century. The structure’s neoclassical features are evident in its imposing facade: the symmetrical design centered on the main entrance, the Doric capitals on the ground level pilasters, the Ionic capitals on the pilasters of the upper two levels, the cyma-recta cornices that separate each story, and the various classical window moldings and motifs. Inside, the main staircase rises to two galleries that lead to the reception rooms on the piano nobile or main floor that have richly embellished ceilings and walls with pilaster moldings dating from the time of construction. Not only did Frank Carlucci live in the current Ambassador’s Residence, the house itself was the site of key meetings with Mario Soares—the Portuguese Socialist Foreign Minister—who helped to define Portugal’s democratic future, and set the stage for the friendship both countries continue to enjoy today. The American Secretary of State listed the U.S. Ambassador’s Residence in Lisbon on the Register of Culturally Significant Properties Abroad in September 2019.