The official residence of the U.S. Ambassador to Portugal is a stately mansion built in 1878 by the Count of Olivais e Penha Longa, who lived there until the early 1920’s. In 1927, the Count’s heirs rented the building to the U.S. Government to be used as a residence for its Minister, Fred Morris Dearing, and for offices of the American Legation. In 1939, following the transfer of the Chancery to the nearby Rua da Lapa, the building was used solely as the residence of the U.S. Ambassador to Portugal. The property was purchased by the U.S. Government in January 1964.

The mansion is well-situated in the Lapa area, a part of Lisbon which was initially inhabited by a sea-faring population. Lapa later became known as a residential area for British expatriates and today is a favorite choice for diplomatic missions and Portuguese families. The U.S. Ambassador’s residence was built according to the neoclassic tastes which prevailed throughout Europe in the last quarter of the 19th century. Originally a three-story building, an additional floor was later added and blended in by a continuous mansard roof.

The building’s neoclassic style is best observed in its imposing façade. Characteristic are the doric capitals at the portico, the ionic capitals on the grand pilasters, and the cymatia moldings that separate each story. The symmetric design centered on the main entrance and the various window ornamentations reinforce the neoclassic feeling. The main staircase, surmounted by a double glassed dome, leads to two galleries which in turn lead to the reception rooms on the main floor. The ceilings are richly embellished with plaster reliefs dating from the time of construction.

One room with particular historical resonance is the “Crow’s Nest,” a glass-enclosed observation deck from which one can have a wonderful view over the city and the river. Successive Ambassadors have used the room for small, informal gatherings with Portuguese and Americans from all walks of life. 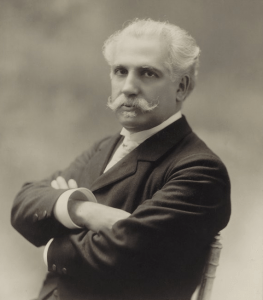 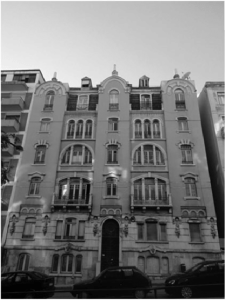